&nbs;
Science, Technologies, Thesis on Research and Publications Pinterests launched. This is to proved a quick means of keeping in contact with the latests trends in both the sciences and innovative science related technologies. Those who wishes to have their research / thesis known to a greater public - which will assist your efforts in grant proposals, and have either a website or a blog should email me at ithacafalcon@aol.com to make an internet publicity social media cooperation arrangements. Its free..the magic word in academia.
Follow Roger's board Science, Technologies, Thesis on Research and Publications on Pinterest.
Posted by Ithaca Night Life, NY at 2:24 AM No comments:

Pope Francis has no problem with Catholics believing in evolution and the Big Bang theory.

Posted by Ithaca Night Life, NY at 6:35 PM No comments:

Who is this lost soul? Find out at ‪#‎Insectapalooza‬ on Saturday from 9-3 at Comstock Hall in the College of Agriculture and Life Scienceshttp://ow.ly/D79pk

Insectapalooza | Department of Entomology
Insectapalooza is an interactive, hands-on experience that features hundreds of live insects, spiders, and other fascinating arthropods.
ENTOMOLOGY.CALS.CORNELL.EDU

Posted by Ithaca Night Life, NY at 1:26 PM No comments:

New robot can perform brain surgery with needle through cheek

Posted by Ithaca Night Life, NY at 9:30 PM No comments:

Cornell professor and Colorado graduate take up one-year posts in September.
WASHINGTON, May 31 – The Optical Society (OSA), SPIE, the international society for optics and photonics, and the Materials Research Society (MRS) are pleased to announce their 2012-2013 Congressional Science and Engineering Fellows. Chris Schaffer, a professor at Cornell University, will serve as the Arthur H. Guenther Congressional Fellow co-sponsored by OSA and SPIE, and Mirvat Abdelhaq, a recent graduate of the University of Colorado, Boulder, will serve as the OSA/MRS Congressional Fellow. Each will serve one-year terms working as special legislative assistants on the staffs of congressional offices or committees in Washington, D.C.
Schaffer and Abdelhaq will formally begin the program in early September, starting with a comprehensive training and orientation program facilitated by the American Association for the Advancement of Science (AAAS) for Congressional and Executive Branch Fellows sponsored by more than two dozen scientific societies.
The new Fellows will then go through an interview and selection process with offices of senators, representatives or committees on Capitol Hill before choosing the office in which they will serve.
The Congressional Fellows program aims to bring technical and scientific backgrounds and perspectives to the decision-making process in Congress, and provide scientists with insight into the inter-workings of the federal government. Typically, fellows conduct legislative or oversight work, assist in congressional hearings and debates, prepare policy briefs and write speeches as part of their daily responsibilities.
Each year, following a formal application process, finalists are interviewed and Fellows are selected by a committee comprised of volunteer members from OSA, SPIE and MRS. For more information on the selection process and fellowship criteria, visit the SPIE, MRS, or OSA websites.
About the 2012-2013 Fellows
Schaffer is currently an associate professor in the Biomedical Engineering Department at Cornell, where he joined the faculty in 2006. His lab’s research focuses on elucidating the cellular dynamics that underlie a variety of neurological diseases through optics-based studies. Projects focus on Alzheimer’s disease, small stroke, epilepsy, spinal cord injury and cancer metastasis.
Schaffer studied physics as an undergraduate at the University of Florida where he worked on the development of techniques for the temporal shaping of very short duration laser pulses. He earned a Ph.D. in physics from Harvard University as a National Defense Science and Engineering Fellow, where he worked with Professor Eric Mazur on the physics of the interaction of short duration laser pulses with transparent materials as well as on applications in the micromachining of transparent materials and in the targeted ablation of biological structures. He completed his post-doctoral work at the University of California, San Diego, where he became increasingly interested in applying physical science methods to biological problems.
As the Guenther Fellow, Schaffer is interested in contributing to the efforts to reform science education and looks forward to providing the perspective of a professional scientist and educator to policy discussions.
Abdelhaq earned her Ph.D. in physical chemistry from the University of Colorado, Boulder, in 2012. Her research involved synthesizing and characterizing novel transition metal complexes with renewable energy applications. In 2006 she graduated from the University of New Mexico where she earned a B.S. in chemistry and a B.A. in history.
Abdelhaq has been very active in numerous community service projects and extracurricular activities throughout her time in school. At Boulder she served as the co-director of the Forum on Science, Ethics and Policy (FOSEP), volunteered as a mentor with the Boulder County Community Services Mentoring Program, was a member of Energy SWEEP – a program that distributes and installs energy efficient materials to low-income households – and tutored female Sudanese refugees. At the University of New Mexico she worked as a chemistry and Arabic tutor and was certified as a master tutor by the College Reading and Learning Association.
As the OSA/MRS Fellow, Abdelhaq is interested in working on food and agriculture policy, renewable energy, and science, technology engineering and math (STEM) education issues.
Source: OSA/SPIE/MRS
Contact
Stacey Crockett
SPIE
+1 360.676.3290E-mail: staceyc@spie.orgWeb Site: www.spie.org
Posted by Ithaca Night Life, NY at 5:27 PM No comments: 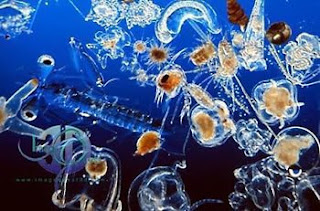 'Geo-engineering' might save planet: scientist Published Monday September 29th, 2008 Global Warming Fertilizing oceans to grow plankton could remove a gigatonne of carbon per year, lecturer believes
Nothing, at this stage, will save the Greenland ice cap from melting, raising oceans several feet, says Victor Shahed Smetacek.
Only a massive feat of "geo-engineering" can save the Antarctic ice cap from doing the same, the professor of bio-oceanography at the University of Bremen, Germany, said in an interview from Halifax.
Humanity, led by the United Nations, must remove huge quantities of carbon dioxide from the air over the next century, he will argue in an address at Mount Allison University this week.
Smetacek, born in India of an Indian mother and German father, attended the conference in Halifax this month of the International Council for the Exploration of the Sea.
A talk on rising oceans might interest an audience at a university in Sackville, on the Tantramar marsh.
Today, he will speak as part of the President's Speakers Series on Climate Change and Global Citizenship. On Tuesday he will launch the vice-president's seminar series Evolution: 150 Years of Darwin with a lecture, "Understanding plankton evolution in the framework of the arms race."
Phytoplankton, microscopic organisms, might save humanity, he argues.
Smetacek quite seriously proposes to fertilize vast areas of the southern oceans deficient in iron to promote plankton to absorb carbon dioxide from the air through photosynthetic uptake.
Skeletons of dead plankton compose a large part of the sludge at the bottom of deep oceans. So, scientists must figure out how to promote plankton that remove carbon from the air, then take it to the bottom when they die.
We might remove a gigatonne - one trillion kilograms - of carbon from the air each year, Smetacek says. Removing carbon at this rate might save the south polar ice cap if other efforts continue to stop adding more carbon, he said.
Depositing a whole gigatonne of carbon at the bottom of the sea might sound like an effort worthy of Archimedes, the ancient Greek mathematician and engineer who said that he could move the Earth if he had a place to stand with his pry bar.
However, it would take only five to 10 ocean-going ships, possibly tankers or ore carriers, to fertilize the oceans each year with iron sulphate, a waste product from smelting titanium and iron, he said. http://nbbusinessjournal.canadaeast.com/journal/article/430506 ---------------------------------------------------------------------------­------------ a far cheaper method of simply adding used waste" tin" [ iron ] food cans to the oceans, near the coast ,will achieve exactly the same carbon storage as iron sulphate in the deep oceans
once the expert discover the oceans are all connected and so is the air , it matters not where you add the iron , except where other pollutants are already present algae blooms dont happen as the tins rust slowly and algae is eaten as it grows by krill and other phytoplankton
adding waste tin cans to the ocean will cure global warming, and increase fish stocks dramatically, for almost nothing , , by replacing iron we no longer let reach the seas because of increased irrigation , once the experts are forced to get off the gravy train and ask those who have already proven it works
anybody can test it out for little cost , simply add a ton of old tin cans in a wire cage to the sea and watch it for a few months and you too will know how to cure global warming for free
it is that simple , cage them up or scattered makes little difference , the krill will eat the rapidly growing algae and the fish will eat the krill , we eat the fish , and remove carbon for free
old tin cans will cure global warming for free, in ten years, once they try everything else first
Posted by Ithaca Night Life, NY at 6:08 PM No comments: 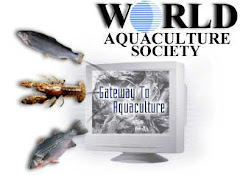